Stalin Burned 100s of 1000s of Russian Peasants' Homes, But Everyone Blames Germany - Another WW2 Anti-German Slander Goes Up in Smoke 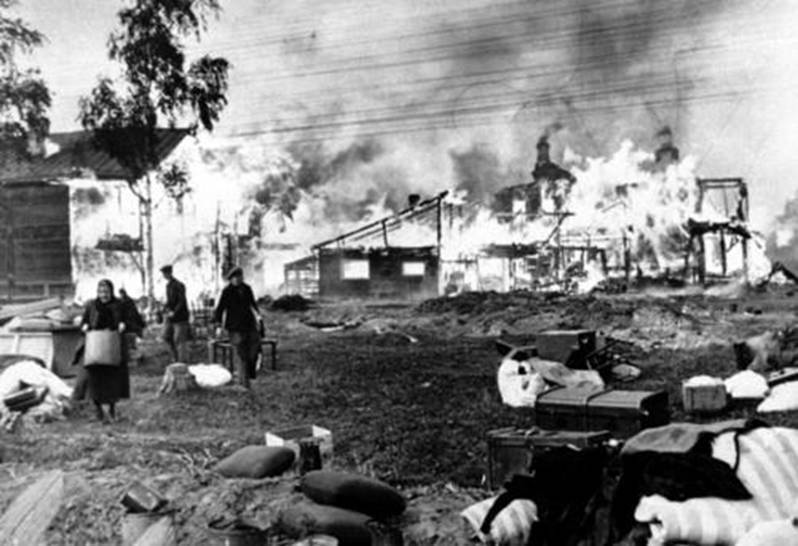 Stalin Burned 100s of 1000s of Russian Peasants' Homes, But Everyone Blames...

Very few people know the detail of Joseph Stalin’s notorious Torch-Man Order. As a consequence people little realise that images depicting German atrocities are falsified. Filmed atrocities were the responsibility not of the Reich, but of England and...

Yes, just like the Katyn Forest massacre that was blamed on the Germans:

The Russians responded to the German claims that Russia’s secret police did it, by claiming that the massacre was carried out by the Germans themselves. In the context of the war – the Allies were fighting the Nazi war machine and Russia was a valued ally – the German version was not accepted by the British or other Allied governments. However, in the era of the Cold War, the Russian version was heavily scrutinized and questioned. 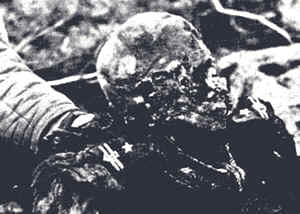 The first news of a massacre at Katyn Wood came in April 1943 when the Germans found a mass grave of 4,500 Polish soldiers in German-occupied Russia. The discovery at Katyn Wood was to greatly embarrass the Russian government. The Russians responded...

And, of course, we fought on the wrong side of the war - and are paying for the consequences to this day.

No wonder the Poles hate communism.

A lot of shit was blamed on Germans and Eastern Europeans - because records weren’t well kept (as they were in Germany) or “lost” - the “Holohoax” is perpetuated out of Eastern European “Concentration Camps” and not German ones because those records clearly showed they were not extermination camps. Some of the “gas chambers” were constructed by the Soviets after the war was over.

The biggest obscenity is that “we” supported the Jew Commies in the East - the very ones the Germans were trying to - and would have destroyed - if not for American intervention and support of the Soviet state, i.e. “Uncle Joe.”

What the Germans found in the Jew-run Soviet Union, from “Stormfront”:

Another Irony is that the fat pig Churchill and the low life de Gaulle start the war with the Reich in defense of Poland, then proceeded to throw Poland under the bus and hand it over to the (((soviet

The Soviet Union took control of the Baltic countries and eastern Poland in 1939. Jews welcomed them with open arms and probably snitched out a lot of locals, who were eventually sent to gulags. This is why many people in Latvia and eastern Poland turned on jews when the Germans arrived in 1941. They were getting payback.

Churchill was beholden to Jews:

One of the best articles on WW II out there, from Willis Carto:

A Straight look at WW 2

By 1938, when he was 64 years old, Churchill had so lived beyond his means that his creditors prepared to foreclose on him. He was faced with the prospect of the forced sale of his luxurious country estate, Chartwell.

At this hour of crisis a dark and mysterious figure entered Churchill’s life. He was Henry Strakosch, a multimillionaire Jew who had acquired a fortune speculating inSouth African mining ventures after his family had migrated to that country from eastern Austria. Strakosch stepped forward and advanced Churchill a loan of 150,000 pounds sterling just in time to save his estate from the auctioneer. In the years that followed, Strakosch served as Churchill’s adviser and confidant but
miraculously managed to avoid the spotlight of publicity, which thenceforth illuminated Churchill’s again-rising political career.

Chaos in Europe due to Global hard times caused each nation to cut one another’s throats. New leaders were born who promised prosperity but only more poverty and deaths were the outcome.