'I was trying to stem the blood. It was horrific' 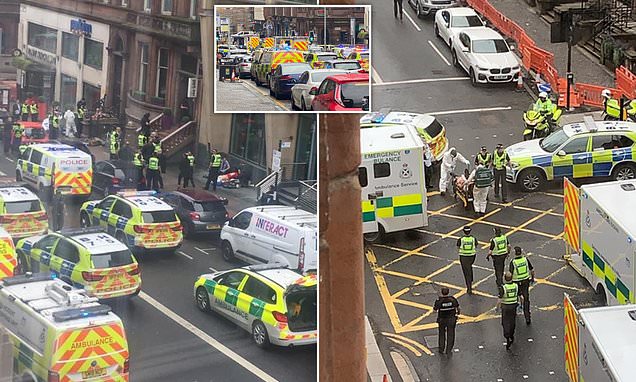 The Scottish city centre is on lockdown after Police Scotland declared a 'major incident' at around 1pm before officers with automatic weapons stormed the Park Inn hotel in West George Street.

The only victim worthy of mention appears to be one 17 year old boy from Sierra Leone.

The attacker is said to be from Sudan. Apparently he was not satisfied with being given free housing and food, and was demanding even more food than the hotel meals being provided. 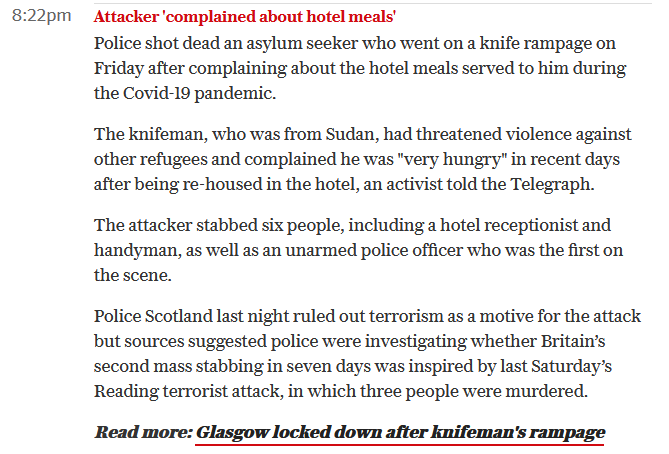 On the positive side, the attacker now seems to be the only one dead, after multiple sources initially reported multiple fatalities.

Liberals and other creeps will probably try to blame it on “white supremacy”.