No probation for Ursula Haverbeck,

Ursula Haverbeck could have received probation, as almost all prisoners in the Federal Republic are entitled to. However, the probation was rejected by the penal execution chamber of the Bielefeld district court, so the court spokesman Guiskard as reported (Radio Herford).

You can also write Mrs. Haverbeck personally, especially at Christmas time, this is even more important. 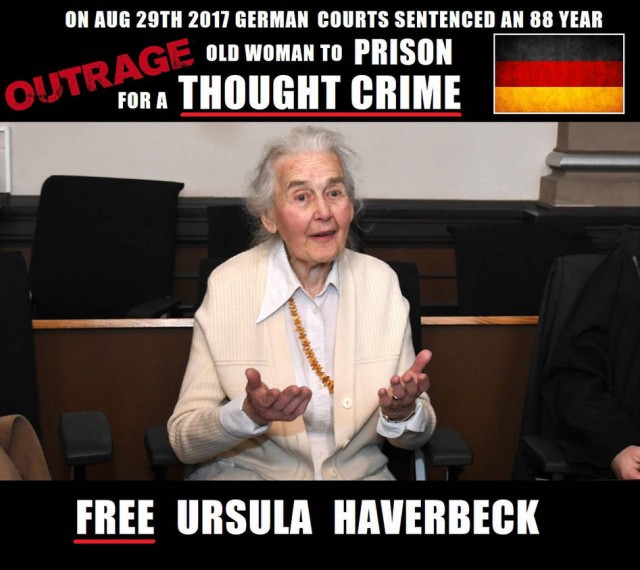 It's outrageous that anyone - let alone a peaceable nonagenarian - should be jailed for disputing some aspect of history. Moreover, this case involves a hoax that is a colossal, malicious blood libel against White people that deserves to be challenged and consigned to the dustbin, along with other hoaxes such as the donation of Constantine.

Some day, everyone will know that Ursula was a heroine who told the truth. 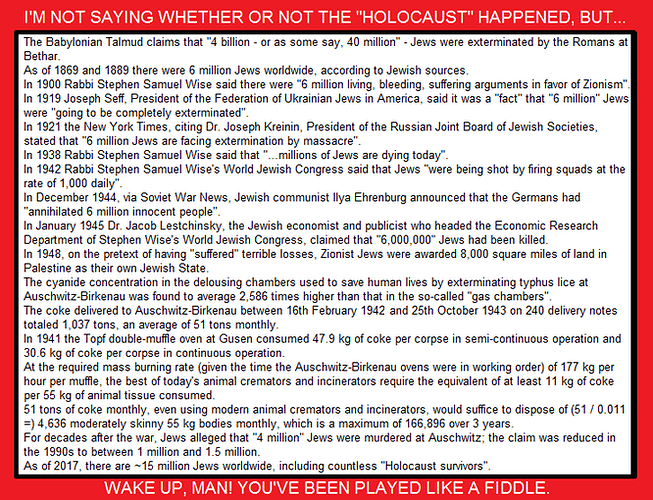 I cannot translate the site but if you care to write her, the address below should be accurate.