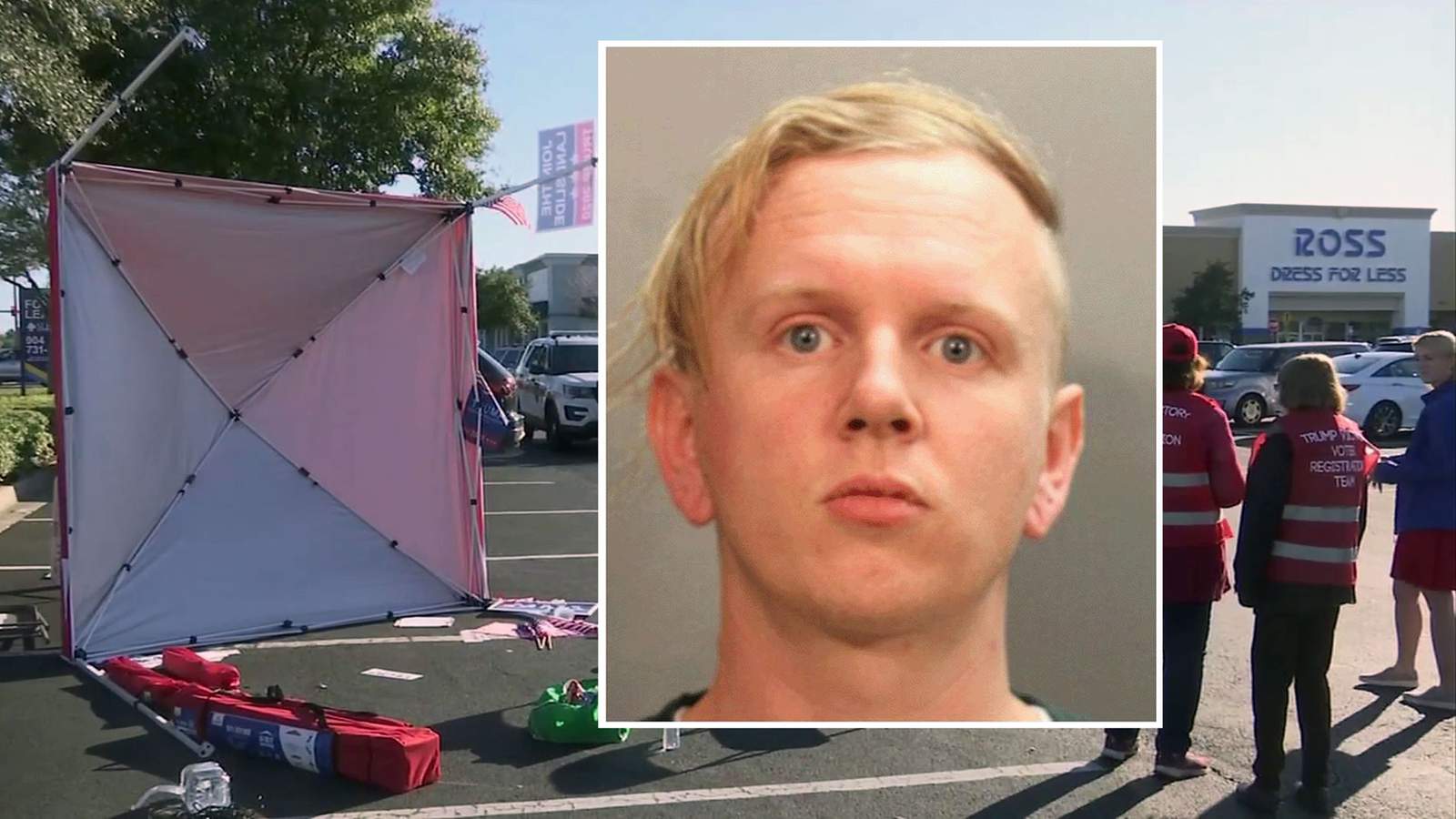 A man angry at Republicans, used his van to run over a voter registration tent in Florida.

Hours after a van plowed through a Republican Party tent where volunteers were registering voters, Jacksonville police arrested a 27-year-old man on two counts of aggravated assault on a person over 65 years old, criminal mischief and driving without a license.

Gregory William Loel Timm was identified as the person behind the wheel of the van that struck the tent set up the parking lot of a Walmart Superstore at the corner of Atlantic and Kernan boulevards about 3:50 p.m. Saturday.

Timm is accused of pulling up, driving through the tent and striking their tables.

“It happened so quickly,” said Nina Williams, a volunteer. “I just barely got out of the way.”

Lt. Larry Gayle said after driving through the tent, the driver, now identified as Timm, stopped, took a video and “flipped off” the people who were inside the tent before driving away. Investigators have been monitoring social media to see if the video shows up.

No injuries were reported. One of the volunteers provided photos of the older brown Chevrolet driving away.

The orange man issued this response to the incident on Twitter.

Law Enforcement has been notified. Be careful tough guys who you play with! https://t.co/1Pq0hOrzy2

Be careful tough guys who you play with?

What sort of response is that?

If you are a supporter of Donald Trump and you defend yourself from attacks by anti-fascists, Democrats, Communists or whoever, you yourself stand a very good chance of getting arrested and charged with crimes. His administration has done literally nothing to protect right-wingers from being railroaded by a corrupt justice system when they’ve exercised their right to self-defense.

This happened in Charlottesville when right-wingers were arrested for defending themselves against anti-fascists.

This also happened to The Proud Boys numerous times.

The same thing applies if you support Trump in public. If anti-fascists attack you and you do anything but be their punching bag, the FBI will likely arrest you and charge you with being a domestic terrorist. They’ll also likely charge you with hate crimes just for your political views.

The orange man has done nothing to end these ridiculous practices. It is comical for him to tell his supporters to defend themselves from attackers when his Justice Department will probably arrest them for doing just that.

So much for draining the swamp. The swamp is as powerful as ever.