Whining Spic Asked Why He Didn't Stay in Mexico

Originally published at: Whining Spic Asked Why He Didn’t Stay in Mexico | Infostormer.com 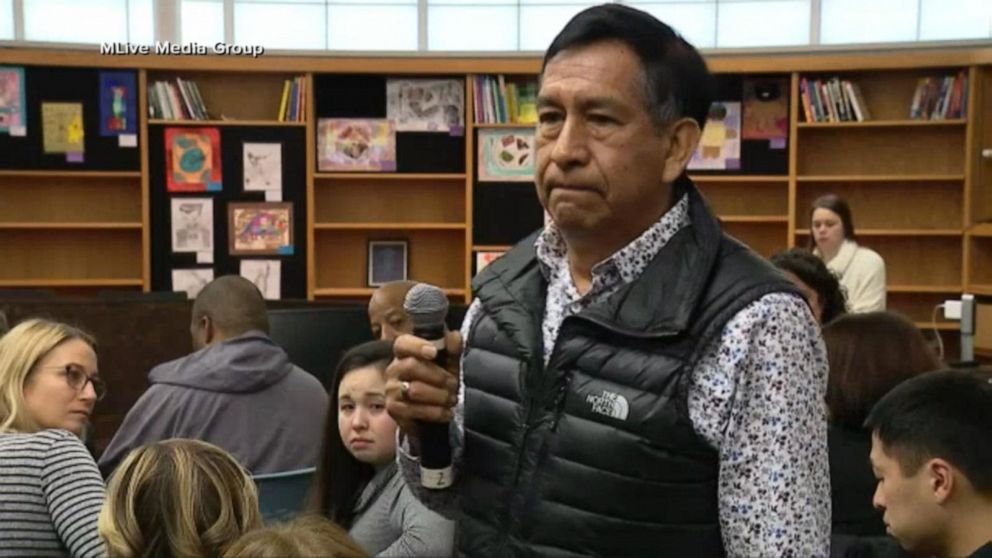 At some type of meeting designed to promote diversity and inclusion in schools in Michigan, a whining spic was whining and rambling on about all sorts of gay bullshit. He had lots of complaints. Finally a White man stood up to him and asked him bluntly, “why didn’t you just stay in Mexico.”

A community meeting meant to address concerns over racism in a Michigan school district appeared to become proof of the problem after a white parent suggested to a Latino father that he shouldn’t have immigrated to the United States.

Adrian Iraola, who came to the U.S. from Mexico and whose now-grown children went through the schools in Saline, recalled his son’s experience of racism in the district.

“I went to his bedroom to say good night, and he was crying because of the abuse that he was enduring in this school system,” Iraola said at the school board meeting Monday in the largely-white district south of Ann Arbor.

Iraola was interrupted by a white parent, Tom Burtell, who said, “So why didn’t you stay in Mexico?”

A fair question considering that this brown piece of shit came to America and felt empowered to whine about how the native population wasn’t doing enough for him in a public setting.

But what was most notable about it was the reaction from the other people in the room. Especially the reaction of the White women. They all acted horrified and attempted to shame this White man for daring to even ask a logical question to this whining, bullying brown asshole.

This whole episode illustrates the treacherous and disgusting nature of White women. These demonic cunts are willing to sell out their own racial kin to give aid and comfort to some invading brown foreigner who did not build the country that they reside in. They are the literal scum of the earth and like Jews may even be demons in human form.

The Jewish media is naturally painting this bullying brown spic as the victim even though he is clearly the bullying aggressor. But the most important aspect of this story is how White females immediately came to the defense of this disgusting bullying brown nigger. It is a dynamic that we can’t ignore and one that must be addressed.

On Facebook, Matt Burtell, who said Tom Burtell is his father, said, “His views of hate in no way represent my own. I stand in solidarity with the refugees and immigrants of the world.”

Father should disown his faggot son.

Here’s a link to the video of the exchange.

You won’t believe the reaction.

Get used to it, America. The white man is going to call out the elephant in the room.

That outraged old bat in front really takes the cake.

She is a stupid Boomer who would have no problem with a few half-breed grandkids.

Imagine if that White parent had stood up and said that in Mexico, China or an Arab country?

How soon before he got a bullet in the back of the head and everyone applauded?

That was a perfectly legitimate question - he moved to a White country and expected everyone to accept the backwards ways of HIS degenerate culture.

Mexicans need to GTFO and that White man applauded for standing up for his people, his homeland, his traditions, history and heritage.

I want to know if the wetback even has a green card, probably another uninvited invader.

That spic actually has the audacity to say that he came here because “America is the greatest country in the world”. Well, California, for example (& I realize that this incident occurred in Michigan), used to be one of our greatest states, but fewer would make that claim now than 25 years ago. What changed, Mr. Spic?

Rewatching the video you can hear a female saying “you need to leave.” Hope she was talking to Manuel Labór.