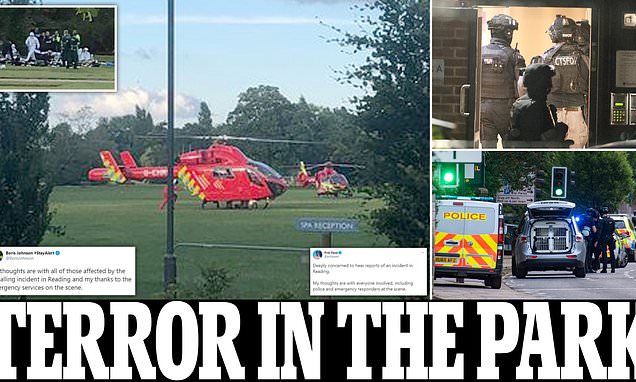 The Reading knife attacker has been named as 25-year-old Khairi Saadallah, an “asylum seeker” of Libyan origin.

He had quite a history of violence before going on his stabbing spree in the park.

In April 2019 he was up before Reading Magistrates’ Court and fined £115 for possession of a blade or sharp pointed article. And Saadallah, then of Coronation Square, Reading, was jailed for two months for common assault of an emergency worker.

Then in August 2019 he was challenged by a security guard in a Sainsbury’s store after being seen stealing a bottle of wine. Saadallah became enraged, punched the guard in the face, rushed at him with the broken bottle and whipped his face with a belt. He was charged with affray, assault by beating and two counts of having an offensive weapon, in relation to the broken bottle and his belt.

By around August 20, the case had moved on to Westminster Magistrates Court, where Saadallah, then of Basingstoke Rd., Reading, had been sent after assaulting District Judge Sophie Toms on March 25 in Reading Magistrates Court, where he was being sentenced for two previous convictions. The trial was suspended due to the current judge’s professional connection with the Reading judge who’d been attacked by Saadallah.

After the first offence he should have been deported, victims families should sue the Govt.

A relative of Khairi Saadallah says he arrived in the UK as a “tourist” in 2012, before claiming asylum. About 2 or 3 years ago he converted from Islam to Christianity.

Meanwhile, the first victim has been named as a white man, James Furlong, a history teacher. 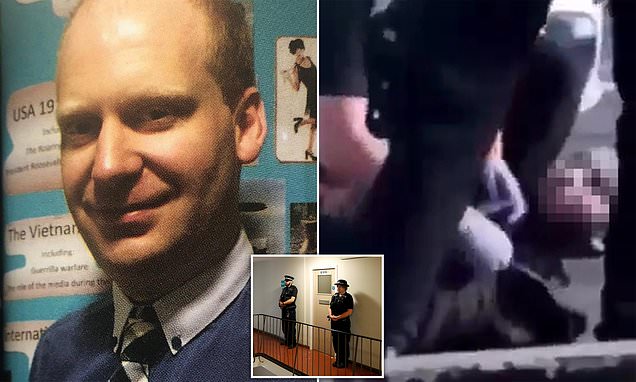 James Furlong, who is head of history at the Holt Community School in Wokingham, was stabbed to death during the incident in Forbury Gardens, Reading, yesterday evening.

Sadly, the Jews are trying to turn the world into a giant lunatic asylum, with us as the inmates.

Sadly, the Jews are trying to turn the world into a giant lunatic asylum