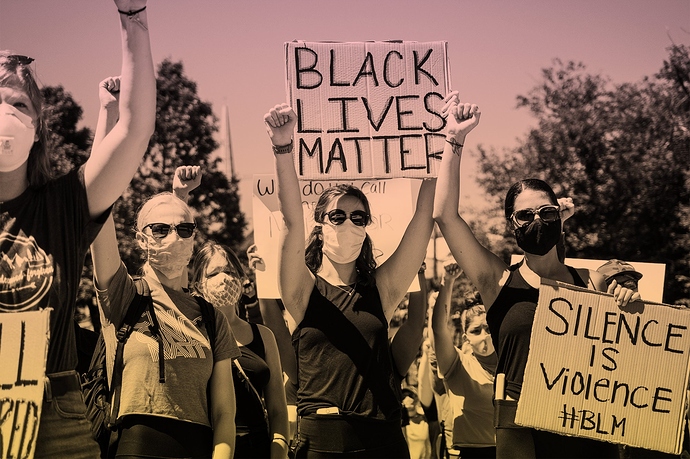 Only about one-in-six protesters over the last month are black Americans, while the plurality are white, according to Pew Research Center analysis. https://t.co/dl0jN61TG6

6% of US adults participated in a racial equality protest in the past month according to @pewresearch. Be sure to read the breakdown from @uisceglas to get the entire picture. https://t.co/MNq96wsqk6 pic.twitter.com/pKtZiL297S

While we already knew this based on the pictures and video documenting these events, it is good that a formal study was done on who is actually participating in these Black Lives Matter events.

More specifically, the White protesters at these BLM events are almost all White women. The few White men who take part in these protests are either fat or are extremely feminine. You could say that many are both.

White women are largely stupid and easily manipulated creatures. This is why the Jews pushed to give them voting rights because they knew they could manipulate them into supporting every Jewish agenda imaginable. And what we are seeing with this BLM bullshit is just more proof of it.

They’ve literally convinced these White women that we need to tear down historical statues of the White men who built this country to fight alleged systemic bias against blacks which does not even exist. It’s truly astonishing how ridiculously gullible White women are. It is why they should have their voting rights stripped from them and be treated as property. Giving them freedom has been a total disaster and the decision to give them freedom may result in the destruction of America itself.