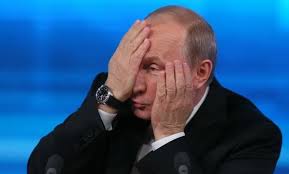 The Jewish New York Times has put out a piece claiming that Russia offered bounties on American troops in Afghanistan. The story has been promoted by the usual suspects like the Jew Rachel Maddow and others.

So if this NYTimes report is correct, U.S. intelligence has concluded that Russia offered bounties for dead U.S. troops in Afghanistan, AND has paid out on some of those bounties. And Donald Trump was told in March and so far has opted to have no response. pic.twitter.com/ajvogsszBs

The Jew Chuck Schumer is demanding an investigation.

I'm calling for an immediate briefing from the Directors of National Intelligence and the CIA for all 100 Senators on reports that Russia placed bounties on US Troops in Afghanistan.

We also need to know whether or not President Trump was told this information, and if so, when.

There is zero reason to believe anything The New York Times reports about Russia. They spent two years promoting the insane Russia hoax that claimed that Donald Trump was some type of KGB agent working for Vladimir Putin.

Russia is denying the report.

The Russian Foreign Ministry has rejected a @nytimes report claiming Moscow offered to pay jihadi militants to attack US soldiers in Afghanistan. It said such 'fake news' merely betrays the low skill levels of US spy agencies (which is quite a burn). https://t.co/xPPbpWEPGu

The timing of this is interesting considering that Trump has been slowly withdrawing American troops from Afghanistan. This story and subsequent investigation is probably an attempt to shine light on the withdrawal and to once again attack Trump as being weak on Russia or whatever.

Trump is saying that the intelligence professionals did not find the information about bounties credible which is why they didn’t bother reporting it to him.

Intel just reported to me that they did not find this info credible, and therefore did not report it to me or @VP. Possibly another fabricated Russia Hoax, maybe by the Fake News @nytimesbooks, wanting to make Republicans look bad!!! https://t.co/cowOmP7T1S

The Fake News @ nytimes must reveal its “anonymous” source. Bet they can’t do it, this “person” probably does not even exist! https://t.co/pdg4AjybOG

All these lies are getting very tiring. These Jewish propaganda operations should be closed permanently. The damage they have done to America is incalculable.