Jews Cozy Up to WallStreetBets Crowd

Originally published at: Jews Cozy Up to WallStreetBets Crowd | Infostormer.com 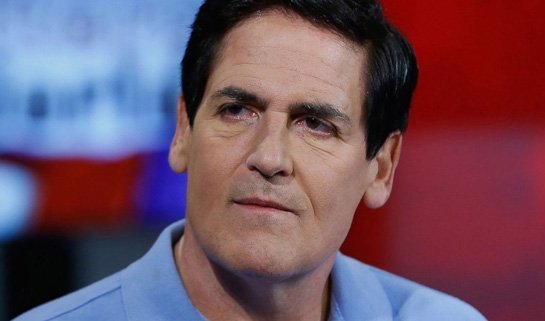 As many of you already know, the massive shorting of GameStop stock was largely conducted by hedge funds that were either run by Jews and/or associated with Jews. We’ve seen Jews like Steven Cohen, Andrew Left and others who have been heavily involved with this entire fiasco.

But what I find interesting is how there are many Jews cozying up to the WallStreetBets crowd.

The billionaire Jew Mark Cuban did an AMA on /r/wallstreetbets today and was fairly supportive of what they’ve done.

The Jew David Portnoy has been all over television and social media talking about his purchases of meme stocks. He has been highly critical of Robinhood for stopping people from buying GameStop and other stocks and has criticized some of his tribesmen who have been shorting stocks etc..

Emergency Press Conference – Everybody On Wall Street Who Had A Hand In Today’s Crime Needs To Go To Prison pic.twitter.com/aKr8aPbB3Z

Even Robert Reich a Jew from the Bill Clinton era defended the WallStreetBets people.

If Redditors rallying GameStop is unacceptable market manipulation, what would you call it when greedy Wall Street bankers gambled away our entire economy in 2008 and faced no consequences?

I don’t think these Jews would be doing this if they weren’t concerned about some of these developments. They don’t want people to notice that virtually everybody involved in these corrupt financial schemes is a Jew. So you have Jews like Cuban and Portnoy taking the other side of the argument so people will be less likely to call out this situation as something that is primarily related to Jews.

I also think these Jews want to gain favor with these people and influence their decisions. As we know, Jews will find a way to infiltrate and subvert anything. Be it a political movement, organization, business or whatever.

It’s also worth noting that the Jewish Treasury Secretary Janet Yellen is planning some sort of high level meeting on this whole deal.

JUST IN: Treasury Sec. Yellen will convene heads of the SEC, the Fed, the Federal Reserve Bank of New York and the CFTC this week to discuss market volatility driven by retail trading in GameStop and other stocks – Reuters https://t.co/MRvl0WF7NV

I really don’t think they would waste their time on this unless they fear that this could spiral into something they can’t control. And the crazy thing about this is that Yellen was given huge speaking fees from one of the firms involved in all this.

Citadel has spent $240k per year lobbying Congress and the Treasury Department. https://t.co/nf5gHJ18o3

It just never ends with these Jews.

They infiltrate and destroy everything. They are a cancer.

Too late for chemotherapy - time for immediate amputation.

They need to be collectively purged. There is no other option with these scum.

Yes, it is the only solution. I hope this comes in our lifetime. There are so few people that have any idea of what is really happening. If we as a people had the cohesion of Iran, the parasites would have been purged long ago.