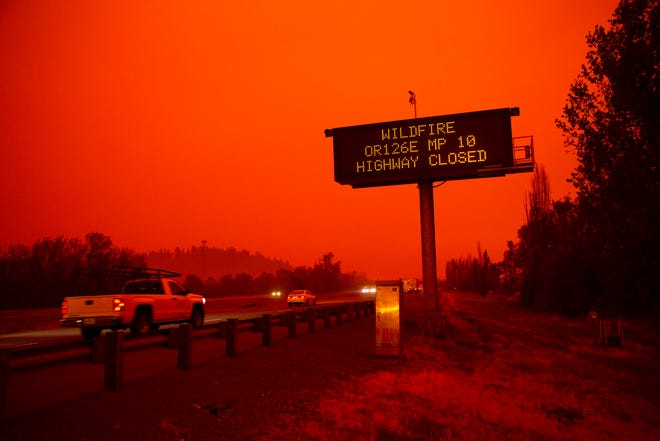 The FBI is claiming that QAnon followers are spreading false conspiracy theories about anti-fascists purposefully setting wildfires throughout the Western part of the country.

#BREAK FBI now responding to false conspiracy theories about the fires in Oregon. QAnon followers have spread false claims that Antifa is involved in setting the fires. https://t.co/WmQnYtmvFu

So I guess according to FBI logic, this Oregon state trooper who tweeted about a man setting a fire in the road median is a conspiracy theorist.

Joint team effort!! WSP, Fife Pd and Puyallup PD just arrested a 36yr old Puyallup resident. He was caught in the median on [email protected] Meridian setting a fire! He is currently on his way to jail! Great job everybody!#playstupidgames pic.twitter.com/8N3wHcT5kJ

Considering that there are something like 200 active wildfires out in the western part of the country right now, it is not unreasonable to believe that a number of them were the result of arson.

Just the fact that they would immediately denounce this as a QAnon conspiracy theory, makes me only think that it is far more likely that anti-fascists could have set some of these wildfires. And why wouldn’t they? These are people who just senselessly destroy things.

They need to make up nigger chain gangs and have them work like niggers putting the fires out.
And if they get all niger uppitidy and get lazy then they’ll juz be consumed by the fires, and taxpayers will be safer and richer from not feeding them niggers.

What kind of idiot sets a fire in the median?
Some retard just trying to get attention?
Arson very hard to prove unless you have a moron like this
Is antifa stupid enough to poison their own air?
I think we know that they are. Or they leave the area afterward

Get your salt cuz THE SALT MUST FLOW ! !