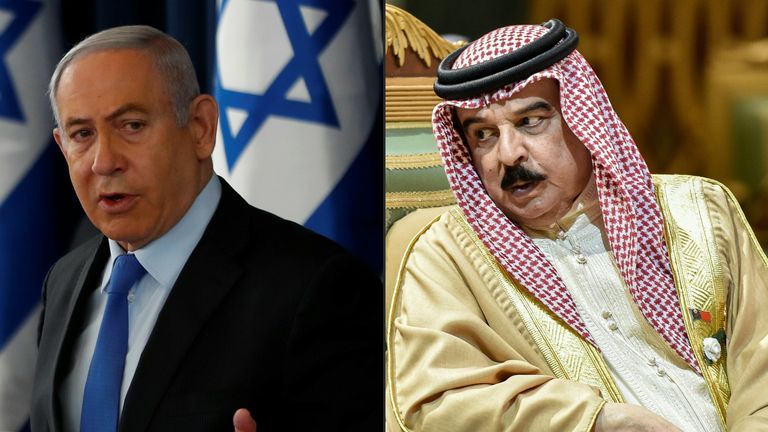 In order for the Jews to establish their Greater Israel project, it is necessary for them to come to terms with the various Gulf Arab countries. They recently struck a normalization deal with the United Arab Emirates and now they’ve struck a similar deal with Bahrain.

BREAKING: Bahrain becomes the latest Arab nation to agree to normalize ties with Israel as part of a broader diplomatic push by President Trump and his administration to fully integrate the Jewish state into the Middle East. https://t.co/EqVJGfhvRm

Joint Statement of the United States, the Kingdom of Bahrain, and the State of Israel pic.twitter.com/xMquRkGtpM

I find it in very poor taste that this deal was announced by Donald Trump on September 11th of all days. Could this not have been announced on a different day? If I had to guess, Trump’s Jewish son-in-law was involved in this extremely poor decision.

Simply put, I as an American do not give a flying fuck about some desert tribes on the other side of the world coming to a peace agreement. Especially when one of the parties, the Jews, were involved in pulling off the 9/11 attacks with Saudi Arabia.

But either way, I would expect Israel to come to terms with more Arab countries in the coming weeks, months and years. Many of these countries despite not having official ties with Israel, have worked with them behind the scenes for quite awhile now. Saudi Arabia is probably the most obvious example of this. So all they are doing is just making the understandings they’ve had behind the scenes an official policy. It will be interesting to see how the Moslem populations of their countries react to this.